We’d very much appreciate the views of visitors to this website.

The articles below have comments sections at the end. Please add one. If you wish to submit a more lengthy critique of an article on the CGC site, please email it to info@capglobalcarbon.org .
Is CapGlobalCarbon a good idea? If not, why not? If there is a better backup plan? If so what is it? if it’s the best backup plan, what should we be doing to implement it? What can you do?

Tackling climate, poverty and inequality together: managing the share in CapGlobalCarbon

Caroline Whyte draws on development theory, recent technological developments and research on inequality to argue that the share in CapGlobalCarbon could and should be distributed to individuals globally. The impact on poverty and inequality worldwide could be massive.

CapGlobalCarbon, Keep It In The Ground and the divestment campaign

While the Keep it in the Ground and divestment campaigns both have the potential to achieve significant progress on climate change, they need structural support in order to ensure that their actions actually have teeth. This support could be provided by CapGlobalCarbon.

CapGlobalCarbon from a post-growth perspective

Erik-Jan Van Oosten explains that CapGlobalCarbon has taken an agnostic view towards the issue of economic growth. We acknowledge it means a great deal to many people but do not see a need to either join or oppose the growth rhetoric. Regardless of which side of this economic debate you take, CapGlobalCarbon is a viable and effective solution.

Paving the way for CapGlobalCarbon: a labelling programme

Caroline Whyte describes a possible way to ease the transition to 100% renewables: labelling of fuel that is produced by companies who have signed up to CapGlobalCarbon, undertaking to completely eliminate their fossil fuel production by 2050 at the latest.

The Climate and the Commons

Over the course of several decades Elinor Ostrom and her colleagues carried out extensive research on effectively managed commons around the world, and drew up a set of guidelines that could be applied to the atmosphere as well. This article by Caroline Whyte is the second of a series discussing precedents for CapGlobalCarbon.

There is no Plan B?

Erik-Jan Van Oosten argues that it is important to realise that a plan B does not jeopardize the process of plan A; it functions to safeguard that process. Our advice to the French hosts: Adopt a plan B that makes sure that, whatever the outcome of the negotiations, the fossil fuels that need to stay in the ground, remain there.

The four questions we should ask about emissions cuts, and CapGlobalCarbon’s answers

Griffin Carpenter recently posted a blog article on the New Economics Foundation website which brings up some good questions with regard to emissions cuts. Caroline Whyte provides some answers from the CGC perspective. 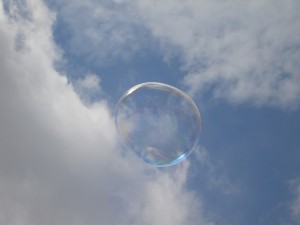 Mike Sandler writes that the math is clear: there is a carbon bubble. The science on climate change indicates that there is no time for low initial national “contributions” with “ratcheting up ambition” after 5 or 10 year review periods. The solution is to leave the fuel in the ground, and set up a price signal to allow a managed retreat from an obsolete industry, and protect the public by sending climate dividends back to households. 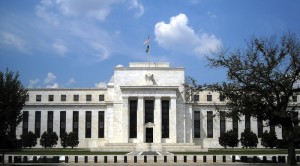 What If Janet Yellen Joined Todd Stern in Paris?

Mike Sandler argues that the only way to get a binding cap on fossil fuel extraction onto the agenda in Paris is to add a few key people to Todd Stern’s entourage, starting with Federal Reserve Chair Janet Yellen and President Obama’s economic advisers. 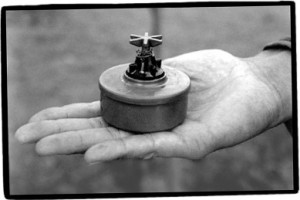 Precedent for CapGlobalCarbon: the International Campaign to Ban Landmines

CapGlobalCarbon may seem dauntingly ambitious, but it isn’t by any means the first global-level initiative to be led by civil society, and important lessons can be learnt from past experience. In a series of blog posts Caroline Whyte will be examining several of these precedents, starting here with the International Campaign to Ban Landmines (ICBL).

Environmental NGOs: Be More Specific for Paris
If the NGO community can unify its cacophony of demands, a major outcome from Paris may be a citizen’s movement calling for a Global Climate Trust that will keep the fossil fuels in the ground and give humanity a chance to stabilize the climate. By Mike Sandler.

Why negotiations and the IPCC are unlikely to make sure we’ll be safe
“It is astounding to realise that the international community has failed 20 times to sufficiently address climate change. For how long do we have to keep telling ourselves that it all will be different this time around?” asks Erik-Jan Van Oosten. He explores the reasons why the current negotiation process is unlikely to succeed before going on to propose a Plan B: CapGlobalCarbon.

Update on the Climate Change Litigation Mock Trial
This update from David Knight describes the mock trial that Feasta climate group members are organising along with a team of legal collaborators, which will take place in January 2016 at University College London, as a precursor to a real trial. The team is inspired and encouraged by the recent legal victory in the Netherlands on climate change. David writes “the mock and real trial are likely to cause a stir in Westminster and generate a lot of useful publicity”.

Putting the right price on carbon
Erik-Jan Van Oosten argues that although a carbon price will be helpful in achieving the transition to a fossil-fuel-free economy, pricing carbon alone cannot by itself ensure the necessary reductions in greenhouse gas emissions. A cap on fossil fuel extraction is required as a clamping mechanism, along with a share of the revenues to individuals to provide stability.

Framing the Paris climate change summit
Caroline Whyte suggests some re-framing of the climate crisis in order to reveal possibilities for action on climate change that could have widespread positive effects.